US Vice President Kamala Harris is scheduled to visit Puerto Princesa City on November 22 (Tuesday), following her attendance at the Asia-Pacific Economic Cooperation Leaders Meeting slated to be held in Bangkok, Thailand, from November 18 to 19.

The official stated that Vice President Harris will fly to the Palawan capital following her separate bilateral meetings with President Ferdinand Marcos Jr. and Vice President Sara Duterte, where she is expected to convey the US’ commitment to strengthening its security alliance and economic relationship with the Philippine government.

Harris will be the highest-ranking US official to ever visit Palawan, whose maritime territory, including the entire West Philippine Sea, is being claimed by China.

The senior official explained that Harris will meet in Palawan with officials of the Philippine Coast Guard (PCG) to discuss ways forward “in upholding international maritime order in the South China Sea.”

Asked by reporters what message Harris’ visit to Palawan will convey to Beijing, the official said that Harris specifically wanted, during her Philippine visit, to go out of Manila and visit local communities. He explained that visiting Palawan provides her with an opportunity to underscore the US’ push towards “unimpeded commerce” and the observance of maritime laws in the South China Sea and discuss, among others, impacts of climate change.

“It’s an opportunity to do all of these things,” the official said.

China claims as part of its territory the entire South China Sea and has actively asserted its presence in the region by building artificial islands and fortifying them. 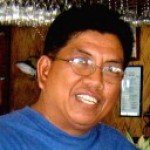