“Tarabidan ong Banwa” was a gathering of the three prominent indigenous groups in the municipality – the Cuyunon, the Agutaynen, and the Tagbanua’ng Tandolanen.

Alex Baaco, an Agutaynen and one of the organizers, said the activity was aimed at empowering the indigenous communities in San Vicente and to forge unity and pride among the three tribes.

“Our main goal is to unite the three groups and for everyone to know that they have a place here. We make space for everyone to showcase their culture and tradition,” he said.

A cultural dance presentation, tribalympics or katutubong laro, and food exhibit highlighting tribal delicacies were among the main activities in the event.

A tiki torch parade was held during the opening ceremony, where the three groups coming from different streets met at an intersection then lined up as one to symbolize unity, while Cuyunon and Agutaynen songs serenaded the streets of San Vicente.

The Tagbanua’ng Tandolanen performed their songs for rituals and sacred practices.

Villamor Flores, indigenous peoples mandatory representative (IPMR) in Caruray, said that these gatherings are important to them as it strengthens their bond as a community. 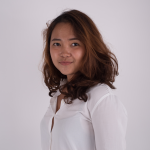