The Bureau of Internal Revenue (BIR) is accepting the Philippine Identification (PhilID) card as valid proof of identity for all transactions.

The BIR is among the national government agencies which endorsed the PhilID, the others being official delivery partner Philippine Postal Corporation (PHLPost) and the Department of Foreign Affairs, the Philippine Statistics Authority (PSA) announced on Aug. 23.

The Central Bank of the Philippines had likewise asked banks to honor the PhilID.

“You can now use your PhilID in transacting with any BIR office in the country,“ the PSA said.

“PhilID shall be accepted, subject to proper authentication, as a sufficient proof of identity,” RA 11055 states.

Under Section 19 of the Act, any person or entity who will refuse to accept or recognize the PhilID or PhilSys Number as the only official identification of the holder, without just and sufficient cause, shall be fined an amount equivalent to PHP500,000.

Signed into law by President Rodrigo R. Duterte in August 2018, the PhilSys Act aims to establish a single national ID for all Filipinos and resident aliens.

The national ID shall be a valid proof of identity that shall be a means of simplifying public and private transactions, enrollment in schools, and the opening of bank accounts.

It also seeks to boost efficiency, especially in dealing with government services where people will only need to present one ID during transactions.

The entire process is free of charge. (PNA) 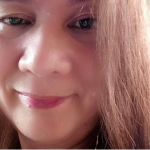