As the Philippines’ travel and tourism industry bounces back from the coronavirus pandemic, wildlife trade analysts are anticipating a resurgence in the poaching of the country’s endemic pangolin.

The enigmatic Philippine pangolin (Manis culionensis) has been hunted to the edge of extinction to feed untamed global demand for its scales, used in the production of traditional Chinese medicine, and its meat, which is served as a luxury food in some restaurants.

In November, the Philippine tourism department announced that the country has welcomed more than 2 million visitors since the government relaxed border restrictions earlier this year. In the beach haven of Palawan province, home to the Philippine pangolin, more than half a million international and domestic tourists have already arrived in 2022.

The government is also predicting a resurgence of visitors from China, the world’s largest consumer of pangolin parts. Prior to the pandemic, Chinese nationals were the second-largest and fastest-growing segment of the Philippines’ tourism market.

This raises concerns among conservationists, including Emerson Sy, an independent Filipino wildlife trafficking researcher who worked with the Global Initiative Against Transnational Organized Crime (GI-TOC) on a recent study that described the trafficking dynamics of the Philippine pangolin.

During the pandemic lockdown, many pangolin consumers stayed away, Sy told Mongabay via instant message. “But as the economy opens up again, some of these consumers might return to the Philippines, which will result in increased demand for pangolins again.”

In the GI-TOC report he co-authored, the increase in illegal pangolin hunting over the last two decades, and an apparent steep spike from around 2016, have been linked to the development of local trafficking networks. The rise of these illicit networks, researchers say, was fueled in part by the Philippines’ tourism marketing efforts and policies that encouraged growth of Chinese tourism and direct investment, notably in Palawan and Metro Manila.

“This surge in tourism led to the permanent settlement of a number of Chinese nationals who had arrived as tourists and were later encouraged to establish businesses in the country under a foreign investor visa scheme,” the report noted. “Some investors have created illicit income streams from trading in environmental commodities, either to complement their illicit businesses or simply using them as fronts.”

Between 2018 and 2019, seizures of pangolins increased more than ninefold when compared to the previous 18 years. With the Philippines’ revitalized link to pangolin consumer populations, conservationists predict the upward trend to continue.

“As the Philippines’ economy further opens up with travel and trade moving back to pre-pandemic levels, demand for pangolins will increase, especially as there might be a need to address supply issues for ingredients needed in the traditional Chinese medicine,” wildlife crime prevention expert Edward Lorenzo said in an email interview.

Lorenzo, a policy and governance adviser to the nonprofit Conservation International Philippines, who was not involved with the GI-TOC report, foresees an uptick in demand for pangolin meat in luxury restaurants. “Certain business enterprises reopen with the usual consumers flying back to the Philippines to sate their desires for pangolins,” he said.

Experts say pangolin trafficking went on even with the pandemic restrictions. “The pandemic lockdown provided a respite for the Philippine pangolin but it did not stop the trade,” Sy said. “We knew the trade continued, although at a lower rate, based on retrievals and seizures of live pangolins in [Metro Manila] and nearby provinces.”

The pandemic may have even worked to the advantage of traffickers. “It has probably helped to make [pangolin trafficking] more sophisticated as online trading and digital payments flourished,” said Sabine Schoppe, a pangolin expert with the Palawan-based nonprofit Katala Foundation Inc., in an email interview.

“An increase in tourism might further surge it,” added Schoppe, whose group started working with local governments and communities on the conservation of this species in 2007, about the time a shift from local consumption to trade was observed as pangolin populations in China and other Southeast Asian countries declined.

The unabated trade points to the lingering enforcement response gaps and challenges in the Philippines.

This includes “the lack of intelligence-led operations in Manila, the under-resourcing of environmental crime response in Palawan as well as possible political obstacles to tackling traffickers there, and the missing role of international cooperation in curbing trafficking,” report co-author Simone Haysom of GI-TOC said via instant message.

“None of the major gaps in the response to pangolin trafficking have been addressed during the pandemic,” Haysom told Mongabay.

A national problem driven by international demand, the GI-TOC report cited a study that estimated that as many as 26,784 pangolins may be illegally hunted on the islands of Palawan a year. “That’s truly alarming,” Lorenzo said. “So long as the trafficking networks remain embedded and aren’t taken down, the Palawan pangolin continues to face very dire threats to their population.”

The GI-TOC report said this indicates that greater political priority and resources need to be directed to enforcing anti-trafficking laws. In addition, it called for greater cooperation between agencies in the Philippines, as well as with countries such as Malaysia, Vietnam and China, where transnational pangolin trafficking networks operate. The report also called on the government to cooperate with development agencies and civil society groups on poverty alleviation measures in areas where pangolins are found and hunted.

“We have a good grasp of what’s driving the demand,” Sy said. “What the government needs to do now is to make local communities more resilient to wildlife poaching. The most immediate concern is poverty within the province of Palawan. Economic windfall due to tourism should also trickle down to the communities.”

*** This article https://news.mongabay.com/2022/12/for-philippine-pangolins-tourisms-return-could-spell-trouble/ is with permission from Mongabay. 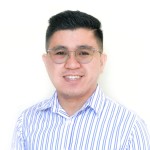 Group revs up save forest campaign

Captured crocodile in Bataraza died due to gunshot wounds