The Department of Agriculture (DA) has placed an initial estimate of P124.3 million in agricultural damage caused by Severe Tropical Storm Ulysses, with over 5,000 individual farmers and close to 20,000 hectares of agricultural areas destroyed.

“Volume of production loss is at 8,475 metric tons. The affected commodities include rice, corn, high-value crops, and livestock in Cordillera Autonomous Region, Central Luzon, CALABARZON, and Bicol Region. The increase in values is attributed to the additional reports from the Bicol Region,” according to a bulletin released by the DA Friday.

While the cabinet-level response cluster of the National Disaster Risk Reduction Management Council (NDRRMC) reported on Friday at least 14 deaths, AFP chief Gen. Gilbert Gapay was quoted stating that there were 39 bodies recovered so far.

The NDRRMC also said that over 4,900 individuals in MIMAROPA were displaced from their homes and had to be evacuated to temporary shelters,

In the aftermath of the typhoon, the Department of Trade and Industry (DTI) ordered an automatic price freeze in several affected provinces including Palawan. The other provinces were Batangas, Cavite, Catanduanes, Mindoro, and Camarines.

Presidential spokesperson Harry Roque with NDRRMC Cabinet Level Response Cluster executive director Ricardo Jalad said MIMAROPA was one of the eight regions in the country where flooding incidents were reported.

The Philippine Ports Authority (PPA) also reported the temporary closure of 17 ports in NCR North, NCR South, Bataan, Aurora, Batangas, and Mindoro, as of November 12, 5:30 p.m. in the afternoon.

Department of Health (DOH) Secretary Francisco Duque III also sees the possible increase in coronavirus cases due to the exposure of the evacuees in the centers. 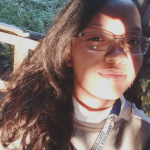